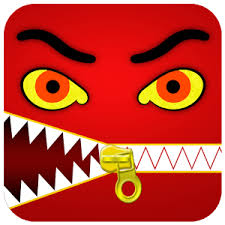 Welcome to episode 2 of Messin’ with Mark, God’s sitcom!

For those of you who are unfamiliar with this series, let me tell you how it started . . .

When I was very young, Jesus was walking around in His heavenly area up there when he saw his Dad looking down through the clouds, laughing His head off. Curious, he walked over and asked, “What’s up, Pop?”

“Again?” Jesus asked, “Why are You always picking on him?”

“I don’t know. There’s just something about him,” God said. “I mean, look at his face right now.”

Jesus looked down and started to chuckle, then stopped Himself. “Okay, I admit it’s kind of funny, but this is wrong. I mean, You created him. With all due respect, what kind of an example are you setting for the angels? We’re supposed to love and protect humanity, not single one out from all the rest for humiliation.”

God thought for a moment, then looked at Jesus and said, “You’re right. I should stop.” They looked at each other seriously, then said, “Naaaaaaaahhh” and laughed some more.

Jesus suggested that he make a regular show of his pranks on me. They named it Messin’ with Mark.

Remember Rodney Dangerfield’s bit about getting “no respect” from humans? It’s kind of like that, but on a cosmic level.

So, to today’s episode – The Zipper Incident.

One summer Saturday, I was driving to my wife’s house to take her to a long-anticipated concert. She and I had just met and I was struggling to impress her. I was stuck in typical L.A. traffic when I started to get overheated. I had put on a pullover sweater because it was one of those “June gloom” days that started out cold and quickly heated up. Since traffic was stop and go, I decided to quickly remove the sweater the next time traffic came to a full stop. Traffic stopped so I released the seatbelt and started trying to take off the sweater. I had an RX-7 at the time so there wasn’t much room to do anything, let alone put my arms over my head to take a sweater off. The sweater and I ended up in a wrestling death match.

Having used up the 1-2 seconds drivers in Los Angeles have to move when traffic starts moving again, drivers behind me started honking, then yelling, then making hand gestures. But the sweater had become a thing possessed. In desperation, I yanked it off with a vengeance and stepped on the gas to avoid getting shot at by someone whose life I had stolen seven seconds from. I immediately felt a searing pain on my forehead. I looked in the mirror and saw that the zipper on the v-neck had torn an angry path right up the middle as I pulled it off. I had never thought about how treacherous the zipper on this sweater was before this incident.

I arrived at my wife’s house. She gasped and asked, “What happened to you? Did someone hit you with a tomahawk?” I told her I had been attacked by my own sweater. She laughed as she cleaned the wound. She offered to put a few band-aids on my forehead but I couldn’t bear the humiliation. At dinner, walking around afterward, and at the concert, strangers speculated about what might have happened to me as I fanned my forehead with anything I could find.

By this time, hundreds of angels had gathered around God and Jesus to watch the show, laughing uproariously. Probably feeling a little guilty, too, because they’re supposed to prevent stuff like this, but a little guilt always makes things we’re not supposed to do a little more enjoyable, like when we got a day off school for a holiday as a kid versus when we stayed home from school pretending we were sick. It was always more fun when we knew we were doing something we weren’t supposed to do, right? Angels are no different. Don’t let their name fool you.

It’s also no coincidence that God and the person who comes up with ideas for TV shows are both called the “creator”. I imagine God received a little resistance from Jesus on this one since an injury was actually required for this episode, but his response was probably, “Don’t worry, Son. I’ll heal him, too. It’s worth it. This is gonna be hilarious.” Jesus argued to heal me faster than usual, but not so fast that I get suspicious that He orchestrated the whole thing. But they underestimated the intelligence They gave me. I’m onto Them. I’m not this dumb. I can’t be. It has to be Them, and their show. But I don’t mind contributing to the laughter in heaven. It’s kind of an honor, actually. I just wish they would warn me, but I guess tipping me off would ruin the show. God writes in mysterious ways.

1 thought on “Messin’ with Mark – A Divine Comedy, Episode 2 – “The Zipper Incident””