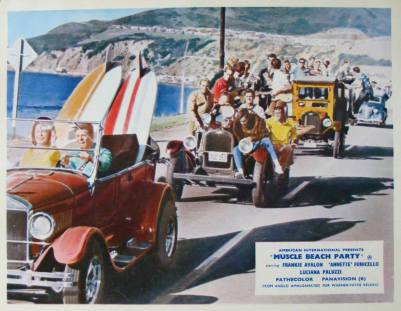 Do you ever feel like our parents and/or grandparents got the best of America? Open any American magazine before 1965 and you’ll see people who dressed impeccably, had haircuts that actually improved their appearance, and generally looked terrific. Now people wear shorts and sandals to the opera.

Imagine what it feels like to walk through any neighborhood at night without worry. To know you can take your children to a movie and not be dive-bombed by inappropriate content or veiled political messages. To be able to trust other people. To feel comfortable in your body just as it is without feeling compelled to go to the gym every day. Men were “wimps” and women were fat by today’s standards (that was the ideal, actually) and everyone was happier.

Imagine what it feels like to make enough money at a normal job to pay for a house and car. To drive a car that’s more like a UFO. To listen to music that didn’t need mature audience warning labels. To live in a world where being a thug is shameful, not something to be proud of. A world where modesty was still a virtue. (Jayne Mansfield showed her boobs in a movie in a desperate attempt to revive her career and she was shunned. It ended her career forever.)

I suppose we needed to loosen up a bit, and the music and movies were so clean largely because of censorship, but it seems we’ve thrown the baby out with the bathwater. It depends on who you ask, but even with the things that needed to improve in America like race relations (and did), I’d happily go back just so I could go two full days without hearing about a carjacking or gang shooting. 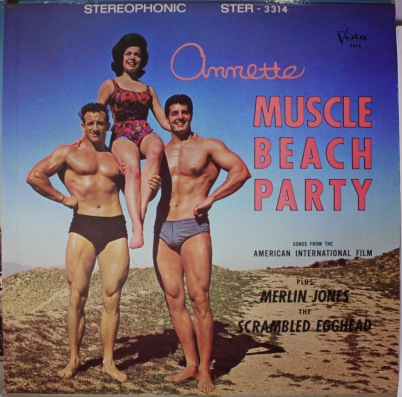 I’m probably more nostalgic than most, especially about California, because I lived part of the 60’s, the tail end of a period of grace. The guy on the left in the photo above (Bill Cunningham) was my dad’s best friend. My parents, brother and I visited him and his wife and three kids or they us every other weekend for most of my childhood. He influenced me to stay in shape and honor my health. He was a bodybuilder in a sea of other Irish immigrant males who smoked, drank and had horrible diets. He always had a joke at the ready and helped me take life less seriously. He greeted me enthusiastically and made me feel special, even though I was just a kid. He also made me interested in Frankie and Annette movies.

Watching those old movies today, they seem like pure fantasy, but for the late 50’s and early 60’s in California, they were the reality most surfers knew. California was still a mostly undeveloped paradise, and if a surfer saw another surfer pass him on Pacific Coast Highway, they probably knew each other. I was a very observant child (probably why I became a writer) and absorbed that culture – the happy energy of the beach, the parties with Sinatra, Sammy and Dean playing in the background, my parents and their friends laughing with strange, brightly-colored cocktails in their hands, cars like Hot Wheels in a caravan to Palm Springs swimming pools, kind adults who seemed happier than I perceive adults to be today, and flower children determined to change the world with peace and love. I know nothing gold can stay, but I never expected it all to be washed away so completely either.

So what do we do? The best answer, as the old saying goes, is to “become the change you want to see in the world.” There’s no going back, but we can bring it back with our attitude and become the kind of person others say “they don’t make ’em like him anymore” about. I feel like I do that most of the time, but I sure wish I didn’t have to share air with the monsters this society seems to be churning out. Those noble men in WWI and WWII didn’t die to create a better America just so I/we could hand it over to trash. So I’ll continue to be wholesome, but I’ve got a black belt to go with it and am working on a second one (Krav Maga) so if a monster makes its way into my wholesome world, trying to hurt me or some other wholesome person, God help him. I’m old school that way, too. I will get involved. I love peace, and innocent life, and I will kill to protect them both. We can no longer afford to keep our heads in the sand. Paradise must be protected.

Sorry to end this on such a sour note, but I just read another story about a carjacking. A daily occurrence in Los Angeles, but this time a six-year old boy was in the back of the car, and the car was found with him inside, shot to death. I probably shouldn’t write when my heart is so heavy. A line from one of my favorite movies, Tombstone, comes to mind. The bad guys attacked a house full of women and ambushed Virgil. Morgan says to Wyatt, “They’re bugs, Wyatt. There ain’t no living with bugs.” Nothing has changed except firepower and tolerance.