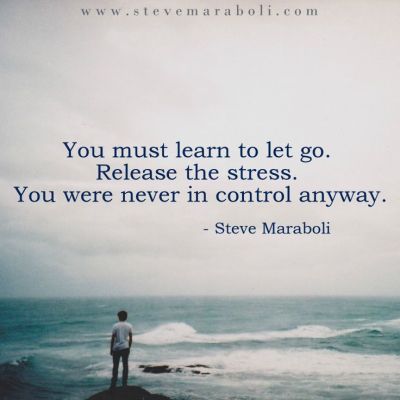 An elderly, divorced woman lives across the street from me. In the ten years we’ve lived here, she has never said hello or even looked over, not even at our two girls, who are three and six years old. I can understand adults not trusting other adults, but it takes a special kind of misery to be unfriendly to children. Fortunately, they don’t care. Neither do I really. The only time I get upset is when someone is blatantly rude to my kids. If someone is nasty to me, I’ll let karma take care of them. If they’re nasty to my kids, I become karma.

My family and I get along with all of our other neighbors. In fact, they’re more like family to us. We watch their houses and pets when they’re on vacation, and they do the same for us. We buy each other gifts on holidays, etc. So in such a friendly neighborhood, this lady really stands out. I was oddly comforted the other day when I found out that her strangeness was not limited to me and mine. One would think everybody would want to be courteous to neighbors because they’re the ones who are going to call the cops if they see someone climbing in their window. (Or not.) But, sadly, that is not always the case.

For instance, her neighbor two doors over is a retired fireman. My wife calls him a “cuddly grouch” to his face because he pretends to be grouchy but really isn’t. He always laughs. He picks on me with firehouse humor constantly and is delighted when I fire back. But I found out the day his dog died that he’s a softy on the inside. First of all, it was a Bichon Frise,  probably the least masculine dog in the world. He was destroyed for weeks when it died. He walked that dog every morning. Anyway, the point is, he’s a very kind man.

The strange neighbor, knowing how kind he is, asked him to take her garbage cans out on trash day because she was going on a business trip. She probably knew better than to ask me. When she came home, not only did she not thank him, she chewed him out for putting her trash cans back in “the wrong order.” There’s a black one for trash, a blue one for recyclables, and a green one for garden waste. He was apparently supposed to memorize what order they were in. She was actually livid about it, even though she left no instructions regarding trash can order.

Clearly this lady has an OCD (obsessive-compulsive disorder) or three, but I think many of us are guilty of this kind of behavior, albeit in smaller ways. I know I am. If we have a real problem in the major areas of life – relationships, money, career, health, parenting, etc. – and feel like we’re out of control, we fixate on smaller things that are controllable.

I once saw a guy freak out about not having enough whipped cream on his latte at Starbucks. Not just, “Hey, can you put a little more whipped cream on this for me, pal?” No, no, no. It was, “Is there a goddamn whipped cream shortage or something? What’s wrong with you?” I would be willing to bet big money that his life was out of control in some other way. But that latte was controllable. He could get that right. Others obsess about their lawns, or parking their cars in the same spot, the same way every day, or being obsessively neat.

The government is also guilty of low-level OCD’s. They can’t stop gang violence, drug trafficking or street crime, but dang it, they can drive those smokers into the ocean! That’s something they CAN do, then they won’t feel so impotent about that other stuff, and people may actually stay off their backs a little about wasted tax dollars.

Fortunately for my conscience, I’ve never been unfriendly to my “mean neighbor.” After all, she may be buried in pain about events in her life and I’m only seeing the symptoms. When we first moved in, another senior widow who lives next door seemed unfriendly and would sometimes yell over the fence about minor noises. At first, we dreaded the years ahead, but we kept saying hello and inviting her over for dinner until she said yes. Over time, we unearthed a great personality and learned that she was just sad, not mean at all. Her husband passed shortly before we moved here, and her son lives out of state so she was probably just very lonely. I’m proud to say we have alleviated that loneliness considerably, and she filled a terrible void for my wife when her mother died suddenly of a massive stroke at the age of 52 eight years ago. She loves our kids like they’re her own grandkids, and she and I even have the same sometimes scandalous sense of humor. We visit back and forth constantly. What seems like grumpiness is often just sadness in disguise I hope the same thing happens someday with the lady across the street, but so far, she has left me hanging when I’ve waved to her. She doesn’t even look over. I find it pretty humorous usually.

Not to play junior psychologist here, but it seems to me that my neighbor would feel a lot better if she rose up against her own inner tyrant and put the damn trash cans in the wrong order on purpose, if she accepted the fact that life is messy and always will be. If she would have surrendered to that immutable fact earlier, her marriage might have worked out. A house should be clean enough to be healthy, and messy enough to be happy.  So should a mind.

There are things we can and should control, and things we can’t. Christians say, “Let go and let God.” Alcoholics say, “Grant me the serenity to accept the things I cannot change, the courage to change the things I can, and the wisdom to know the difference.” That philosophy is so old and overused, it has become a cliché, but cliché’s become cliché’s for a very good reason – because they’re absolutely true.

I once started to get upset with my girls when I discovered them digging a hole in the middle of the front lawn because the X on their “treasure map” (the one they just drew) said the treasure was “RIGHT THERE!” I almost yelled, “No! Stop! What are you doing? You’re ruining the lawn!” But I didn’t. I took a deep breath and remembered I’m raising children, not grass. I even helped them dig the hole in the new lawn I had just planted. And when they weren’t looking, I went and found an old brass box in my office I knew they hadn’t seen yet, loaded it with coins and covered it with dirt in the hole so they’d have actual treasure to find. The look on their faces when they discovered it was worth fifty holes in the lawn.

So tomorrow, I’ll keep my girls from doing backflips off the roof, but I’ll let them run as fast as they want to, while praying they don’t fall and chip a tooth. I’ll do my best with my career but probably won’t get half as much done by the end of the day as I wanted to, as usual. Then I’ll comfort myself with the knowledge that I did something – moved a little closer to the goal – which is better than nothing. I’ll straighten up the house and be okay with the fact that it will be a mess again a few hours later.

Besides, even if I did get all my ducks in a row, they’d just wander off again anyway. I mean, because, you know, they’re ducks. 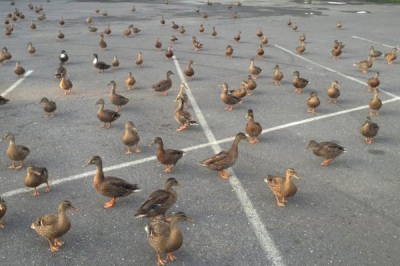 5 thoughts on “The Illusion of Control”