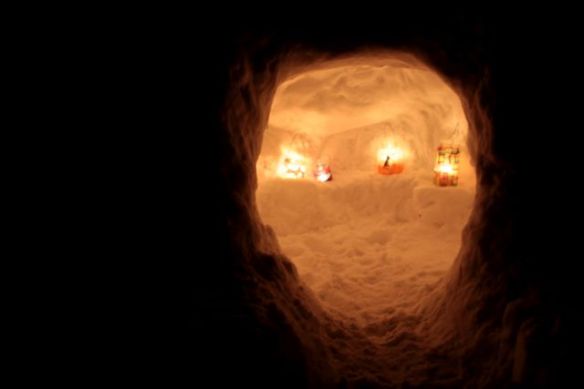 I once spent a night in a cave at the foot of the Acropolis in Athens, Greece. I had run out of money after six months of bouncing around Europe and the Greek islands and was waiting for my flight home in a few days. Because I was in my twenties, I was too naive to feel scared, but I did feel lonely that night. It’s hard not to in a dark cave, even with the city bursting with light and excitement. (It was a Saturday night.) There was even a hot air balloon festival not far away, so the night sky was filled with illuminated, multi-colored balloons.

I had wandered through the city before going to the cave, attended a concert, had dinner, saw the Plaka (old section) one last time, but finally snuck under the chain link fence surrounding the Acropolis, snuck past the guards and their German Shepherds, laid out my sleeping bag in the cave, lit a candle, and started to fall asleep when I heard . . . bats. I tried to sleep anyway but the thought of waking up to one of them sucking on my jugular vein made sleep impossible. So I sat up again and took out a book of poetry that was so tattered from touring Europe with me, the pages were falling out.

The book was called The Best-Loved Poems of the American People. Most of the poems rhymed because they were written by poets from the Romantic Period such as Longfellow, Dickinson, Byron, Keats, Shelley – the biggies. These poems made sense, had messages, and were perfectly constructed. I came to respect rhyming poetry because of them. Many of the answers to the greatest questions of life were in those poems. I wasn’t alone in that cave at all. They were with me. Their words sang, just as they did for the boys in Dead Poet’s Society in the cave they found on the school grounds. The words dripped from my tongue like honey. They helped me “suck the marrow out of life.” 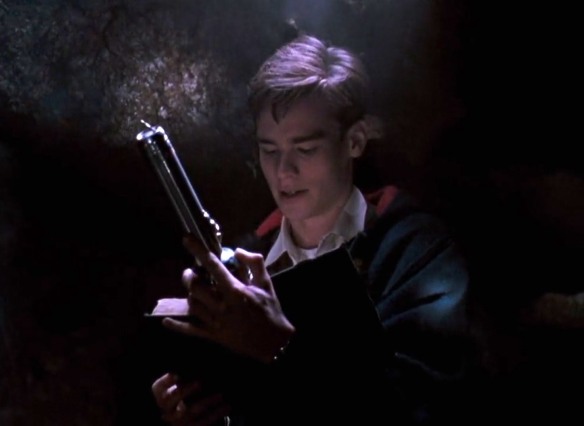 But not everyone has the same respect I developed for rhyming poetry. In fact, I recently posted a rhyming poem on Facebook and was told by someone that rhyme should be limited to lullabies and Hallmark cards. This person probably likes or at least respects the legendary poets above, but feels somehow that what they accomplished should no longer be attempted, and to do so, in her words is “stupid” (both writing rhymes and rhyming poetry.) Yes, stupid. She made this comment about a very serious poem I wrote (see my previous post called Journey to God) and a very silly poem called Yoga Makes Me Fart. Everyone got a kick out of it except . . . her. Both poems were deemed to be “stupid” by this self-proclaimed writer and connoisseur of the arts.

That’s another thing about pseudo-intellectuals. They think it’s low-brow to say words like “fart.” But a rhyme with a very long history, most notably by Roald Dahl in Willy Wonka and the Chocolate Factory, goes –

A little nonsense now and then, is relished by the wisest men.

So I like offending snobs. In fact, I enjoy it immensely. Normally, I would calmly discuss my reasons for enjoying and writing rhyming verse, but since this person decided to break out the S word, I decided to write a poem especially for her. Of course, it was a rhyming poem – you know, just to annoy her some more. Suffice to say the gloves were off. I don’t suffer the S word very well, I’m afraid, especially from someone with no literary accomplishments. Besides, rhyming poetry has been used to expose blowhards and nincompoops for centuries, too. It’s a fine tradition.

The fact is, I have no tolerance for someone with no discernible talent, someone who hasn’t faced and surmounted the struggles the acquisition of talent demands, yet somehow feels qualified to pass judgment on works of great passion by someone who has. If that sounds arrogant, so be it. A little arrogance can and should be wielded sometimes in life, but only when battling those who are arrogant with no foundation. The only thing I could find that she has written is a self-published book called Witless. You know, because Clueless was already taken. I’m not kidding. You can’t write this stuff.

I was also baffled by how someone can hate something as harmless as rhyming. Some people need to choose bigger causes for their lives. You know, ending world hunger and like that.

If she ever comes across this poem, her arrogance and self-delusion will probably lead her to conclude that she really got to me for me to write all this about her, like that old Carly Simon song You’re So Vain (you probably think this song is about you.) But, of course, it isn’t about her at all. It’s about art, expression, and smacking down anyone who attempts to suppress it in any of its forms. It must be done, but artfully. I laughed myself sick writing the poem below. I enjoyed it. And that’s the main purpose of art of any kind. Enjoyment. The subject of the poem probably won’t enjoy it quite so much.

So here’s a little nonsense. I hope it entertains. And if you start to feel sorry for the subject of the poem at any point, just remember, she deserved it.

The Ballad of Lucy Calhoun

This here is the ballad of Lucy Calhoun.
A bitter, cantankerous, mean, old buffoon.
What happened, you ask, to blacken her heart?
Poems that rhyme and people who fart.

“Rhyming is for lullabies!” she’d often say,
Unfazed that the masters all wrote that way.
No, rhyming of any kind gave her the fits.
Longfellow and Dickinson were a couple of twits.

Until she suddenly woke up and saw the light
While suffering with the flu one night.
She sat up and, with a horrible start,
Let out a prize-winning, head-spinning fart.

It was so loud and mighty, it expelled a bug
That had lived there for decades, fat and snug.
It landed on the floor and let out a shriek.
Then Lucy passed out and slept for a week.

When she finally awoke, she walked to her table
And discovered that she too was finally able
To write flowing verse with heart and soul
Now that that insect was out of her hole.

Like the Grinch, her heart grew three sizes that day
And she vowed to forever write this new way
And stop driving everyone out of their wits
With babbling free verse that nobody gets.

Now that she had a bug-free rear end,
She said, “I’ll never again harass or offend.
Instead of being a jealous, hateful, old cow,
I’ll learn how to write, too, starting right now!”

And the poetry Grinch, forever-after,
Respected rhyme that rippled like laughter
And said, “Maybe I was dead wrong before.
Maybe rhyming poetry is a little bit more.”

And because her cold heart had unfurled,
She finally got published in the real world
The Romantic poets hadn’t gotten it wrong.
Her mediocrity was her greatest foe all along.

Thus ends the ballad of Lucy Calhoun.
A stern warning for egos that are over the moon.
Before calling the works of another the worst,
Prove yourself their intellectual equal first.