I’m usually not interested in the royal family because of a combination of:

A) Having watched Braveheart too many times and seeing what they got up to in the past. (Mahatma Gandhi once said, “If two fish are fighting at the bottom of the ocean, the English probably had something to do with it.”)

B) My disdain for inheritance, and being given vast wealth for nothing more than being born. This irks people like me who have had to struggle for every penny.

C) My parents are Irish Protestants from Belfast, Northern Ireland, which is part of the United Kingdom. They had photos of the royals around the house for years. I never understood that since Ireland, like Scotland, was not occupied nicely, either. I even asked them one day, “It’s one thing to not want to declare war on England or bomb civilians like the Irish Republican Army did, but do you need to like the royal family so much? Doesn’t occupation demand resistance of some kind?” My father was a very erudite man so I expected an intellectual answer, but he and my mom actually didn’t know why they accepted and even celebrated the royals. “We just do” was their answer. It was very unsatisfying.

But today, for the first time in my life, I actually enjoyed the royals, too. I watched the royal wedding, but doubt if I would have if not for the following headlines in my home, America.

(That last one was enough, of course, but there were also the following bizarre occurrences in the land of the free and the home of the brave.)

Man Punches Pregnant Woman and Her Service Dog on Flight.

There was another shooting yesterday at another high school somewhere in America but only one precious, irreplaceable child’s life was taken so it didn’t get much attention.

There were also the usual daily robberies, beatings, car chases and murder-suicides in Los Angeles, where I live.

Don’t get me wrong – every news day is bad in America, but yesterday was particularly awful, and it just happened to coincide with the royal wedding. I expected to see a headline that read, “England Celebrates the Royal Wedding! Meanwhile, in America, There Were Two More High School Shootings.”

Growing up in America, I never once imagined that my country would become so hopelessly lost. I maintain the stubborn belief that the vast majority of Americans are getting along great and the screwed up one percent just gets all the attention, but that one percent sure can do a lot of damage to morale.

Then again, when I hear “music” thumping from car speakers and even in restaurants and bars with vile, psychologically and spiritually toxic lyrics (rap and death metal leading the way), and think of how these “artists” get rich preying on lost children and making them even more lost, I wonder if it’s only one percent of America that’s totally screwed up. (To heck with Joe DiMaggio. Where did you go, Simon and Garfunkel? Our nation turns its lonely eyes to you.)

So yesterday, in desperation to remove the headline images from my mind, for the first time in my life, I celebrated with the royal family.

I needed to see a wedding. I needed all the things weddings make me feel along with the betrothed – love, hope, faith, courage.

I needed to see the cool, clean air over Windsor Castle.

I needed to hear a choir sing a beautiful, hopeful song. 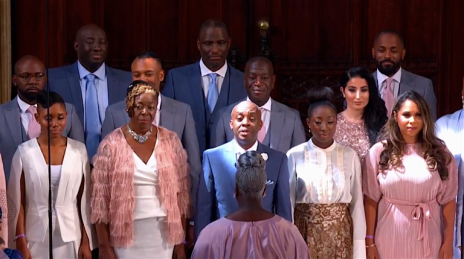 I needed to see the stained glass windows of St. George’s Cathedral.

I even needed to smile at the silly, whimsical hats the ladies wore. 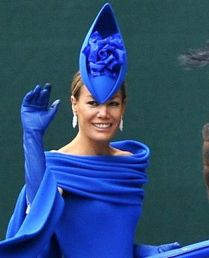 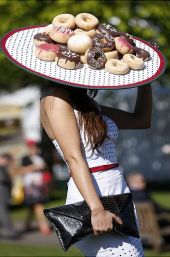 I needed to see a house of God. 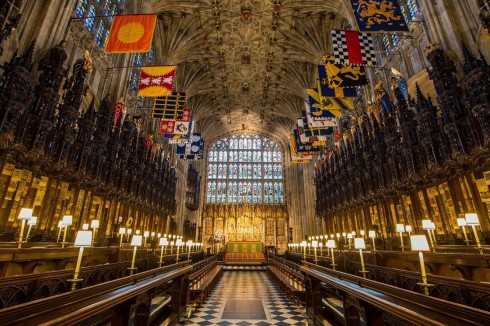 I needed to escape, but since I couldn’t buy a plain ticket and flee in terror to someplace that happens to be more sane at this point in history, I turned on the TV.

When the darkness in my soul had been brushed away a little, I looked at my two young daughters and Googled “home schooling.”